Increasingly frequent and deadly bombings of public transit systems have put transportation officials around the world on edge. Buses and trains in London, Madrid, Moscow, Paris, Tokyo, and dozens of other cities have been the unlucky sites for terrorist attacks in recent years. Such attacks, quite understandably, have prompted calls here in the US and overseas for increased efforts to make public transit systems safe from terrorists. Such calls assume, of course, that public transit systems, or transportation and infrastructure systems more broadly, are the focus of the problem and the appropriate venue for policymaking and action. The solution, we are told, is transit security. But are these recent bus and subway bombings a transportation problem, or something much broader?

Acts of terrorism intersect with transportation systems in three ways:

Examples of transportation as the means of a terrorist attack include the use of cars, buses, or trains to convey explosives, or when they are used as weapons—like on September 11th. Examples of transportation as the end of a terrorist attack include attacks on bridges or tunnels to disrupt transit, railroad, or highway operations, exact economic costs (but not necessarily human casualties), and attract attention; this describes the IRA bombing campaign against transit targets in England and Northern Ireland between the early-1970s and mid-1990s. In each of these cases, the unique characteristics of transportation (and other infrastructure) networks define many aspects of the attacks, emergency response, and system protection. As such, the logic of defining both the problem and proposed policy solutions in terms of transportation, or in this case public transit, is clear. 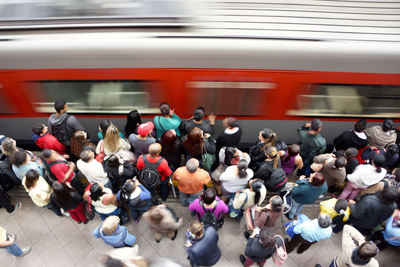 But when crowds are the target, which is increasingly the case in recent suicide bomb attacks, defining the problem and its solutions in terms of transportation may be a mistake. Airports, rail stations, and bus and ferry terminals all congregate large numbers of people in small, often enclosed spaces, making them attractive targets for terrorists. But such crowding is in no way unique to transportation stations and terminals. Skyscrapers, shopping malls, concerts, and sporting events likewise assemble large numbers of people in small spaces—as do major celebrations (like the 4th of July on the Mall in Washington, DC) and parades (like the Tournament of Roses on New Year’s Day). Even if it were possible to completely close and secure public transit systems, there would remain a considerable number of potential venues for tragic and devastating attacks on large crowds of people. While public transit systems may currently be a favored venue of terrorists in search of crowds to attack, one cannot assume that securing or eliminating crowds on public transit would in any way end or even mitigate such attacks.

This is important because attempting to close and secure public transit systems “airline-style” would strike a devastating blow to an industry already buffeted by decades of competition with private vehicles. Public transit networks remain the lifeblood of the central parts of the oldest, largest US cities; these places, and movement in them, would change forever should open, accessible transit systems be “secured.” 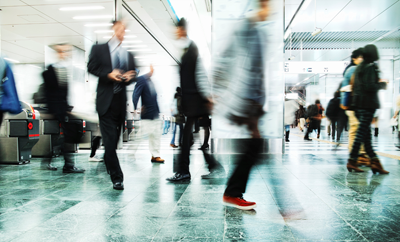 Public assembly is a defining characteristic of free and open civil societies, and the consequences of closing, securing, or eliminating large gatherings of people—on public transit systems, in shopping malls, or at parades—reach well beyond the transportation sector and into the very heart of civil society.

—Brian D. Taylor
Brian D. Taylor is director of the Institute of Transportation Studies at the University of California, Los Angeles (btaylor@ucla.edu)