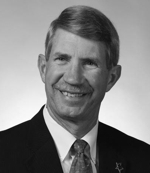 FOR IMMEDIATE RELEASE – Weymouth, MA – Feb. 1, 2018 – ELERTS Corp, the leading provider of See Something Say Something mobile apps for transit agencies, has announced that transit veteran Dick Ruddell has joined the organization as Director of Transit. Ruddell brings over 40 years of transit expertise to the role.

Improvements in safety and security continue to be a key initiative for 2018 across North American transit authorities. Transit agencies like Philadelphia’s SEPTA and Toronto’s TTC have launched safety-focused campaigns to ensure riders that safety is top of mind, and to empower them to report dangerous situations or unruly behaviors. Both are ELERTS customers and they have also taken the step – along with 14 other North American transit systems – to provide their riders with a See Say mobile app powered by ELERTS. SEPTA promotes its Transit Watch app as a tool to “help our Officers more quickly respond to situations,” and states, “maintaining a secure transit system takes everyone’s participation.”

“This [crowdsourcing security] couldn’t be more true than it is today,” said Dick Ruddell, ELERTS’ Director of Transit. “The more eyes and ears keeping watch, the better. ELERTS provides a real breakthrough in transit safety and security, empowering riders to take an active role in keeping transit systems safe by easily reporting suspicious situations or behaviors via their mobile phones. I am glad to join the Company to help educate transit authorities on this crucial tool for 21st Century policing.”

Ruddell’s vast transit experience includes serving as Superintendent of Transportation for the Wichita Kansas Transit Authority from 1977 until 1984, and the General Manager of the Topeka Transit Authority from 1984 until 1989. He then moved to Ohio and directed the Toledo Ohio Regional Transit Authority until 2003, and also served for four years as the Chair of the Legislative Committee of the American Public Transportation Association (APTA). He was elected and served for three years as Vice Chair for Government Relations on the APTA Executive Committee. While in Ohio, Mr. Ruddell also served many years on the Board of Directors of the Ohio Public Transit Association and was elected its President for one term.

Ruddell served as President and Executive Director of the Fort Worth Transportation Authority, in Fort Worth Texas from 2003 until his retirement in 2013.  While at Fort Worth, Ruddell oversaw the startup of the first BRT service in Texas, called The SPUR, started the Bike Share program for Fort Worth, and began the environmental study for a new Commuter Rail service between Fort Worth and DFW Airport.  Mr. Ruddell served for 10 years on the Board of Directors of the Southwest Transit Association (SWTA), a regional association representing transit interests in eight southwestern states and served two years as President of SWTA.

“Dick’s knowledge about the way transit agencies are run and their need for improved safety and security will benefit ELERTS transit customers for years,” said Ed English, CEO, ELERTS. “He understands the intricacies of working within a transit system and cycling important changes through to implementation, which will help ELERTS to better serve North American transit systems in 2018, and continue our mission of empowering all transit riders to easily see something and say something.”